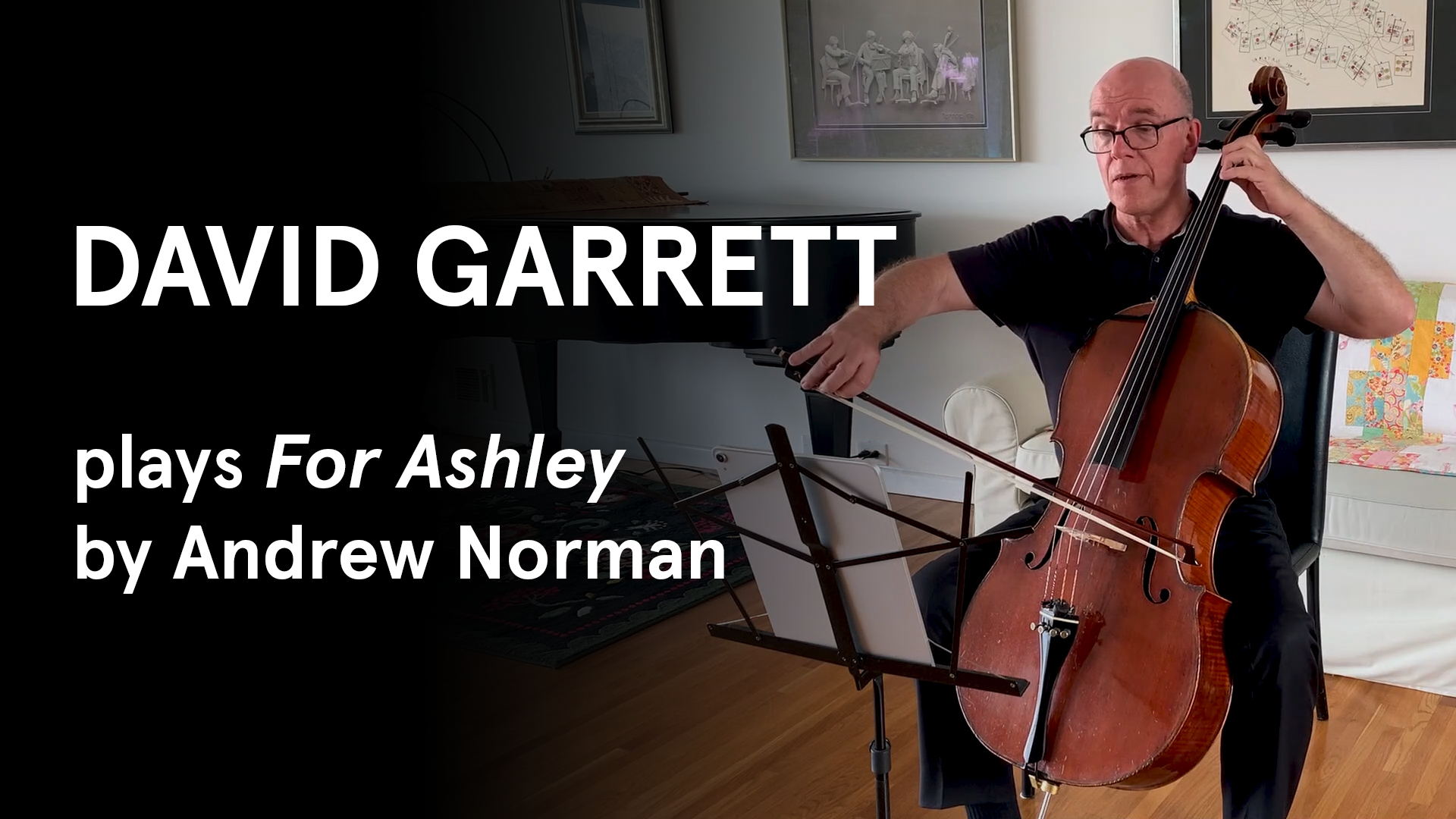 Award-winning composer Andrew Norman—who has a close relationship with the LA Phil—took the Prelude from Bach’s Suite No. 4 as the starting point for his own solo cello work, For Ashley. Norman composed the piece as a tribute to Ashley Bathgate, the American cellist who was a Bang-on-the-Can All-Star for a decade and a fixture in the new music scene.

As LA Phil Cellist David Garrett explains, just as Bach uses a rocking arpeggio that moves downward as his framework, so does Norman, who not only changes the pitches as the piece evolves, as Bach did, but he also changes the time. Certain notes of the arpeggio are lengthened; you never know which one(s) or for how long. This gives the piece a propulsive, even playful energy that only lags after the middle, where the score indicates “losing momentum.” Garrett describes this moment as when you have just enough umph to reach the top of the mountain. Afterward, on the descent, the energy picks up again as musical gravity pulls us to an exciting conclusion.