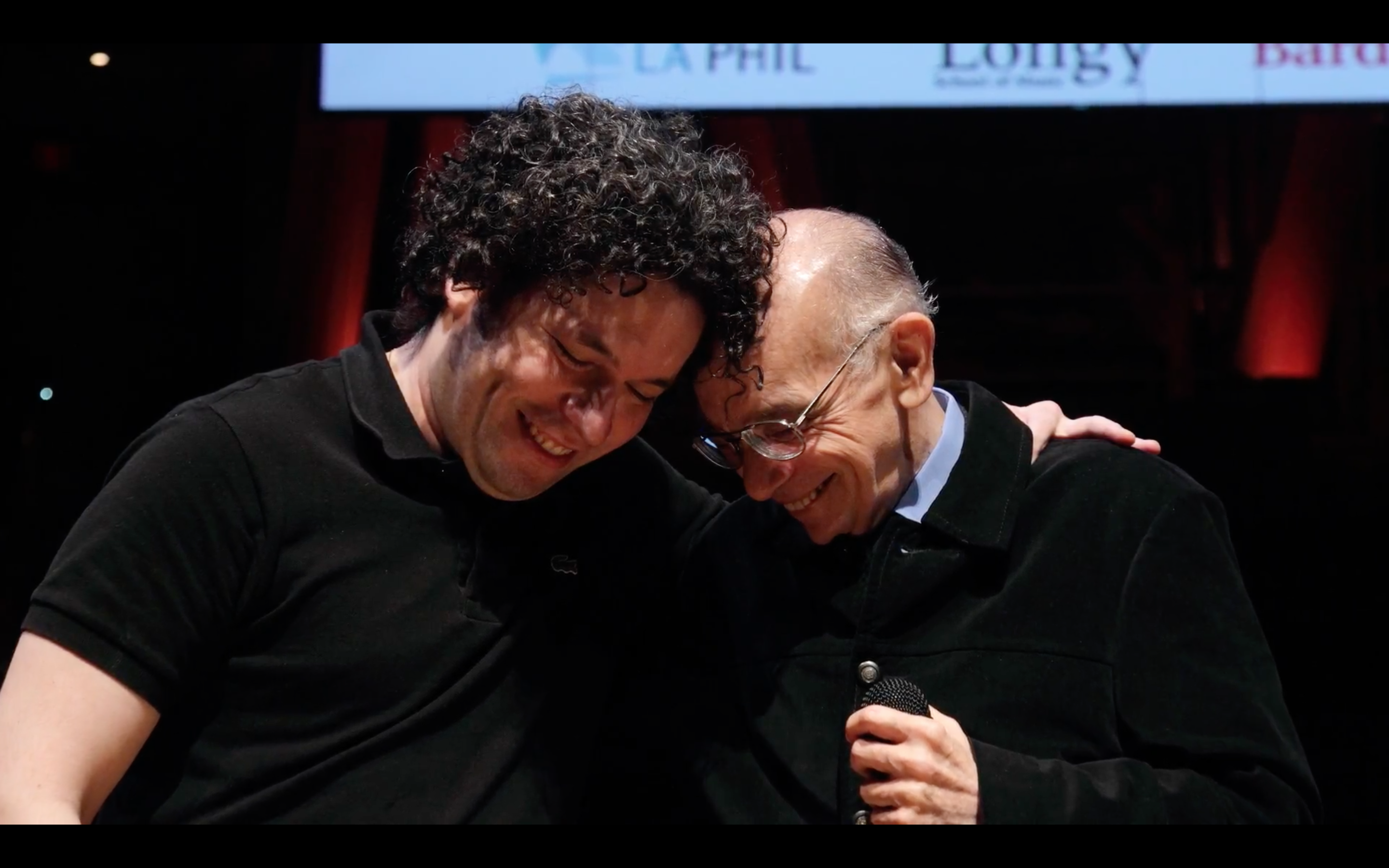 Paying Tribute to the Father of El Sistema

“From the minute a child is taught how to play an instrument, he is no longer poor.”

In 1975, Venezuelan economist, musician, and activist José Antonio Abreu set up twenty-five music stands in a garage. Eleven young musicians showed up to play, and on that day, El Sistema was born. Driven by the desire to effect profound social change through music, Abreu would grow El Sistema from this humble beginning into a worldwide movement.

Over the course of its 43-year history, El Sistema has introduced not only its pedagogy and purpose to the world, but also its most accomplished artists and ensembles, including the Simón Bolívar Symphony Orchestra, the Teresa Carreño Youth Orchestra, and the LA Phil’s own Music and Artistic Director Gustavo Dudamel.

A son of El Sistema, Dudamel is Abreu’s protégé and champion. In his artistry and his actions, Dudamel embodies Abreu’s belief in music as a profound human right and “agent of social development in the highest sense because it transmits the highest values—solidarity, harmony, and mutual compassion.”

Inspired by Dudamel’s formative experience with the program, the LA Phil sought to translate El Sistema into a U.S. context. At the outset, Abreu advised us: “Start small. Think big.” He was speaking from experience, as the visionary who knew back in 1975 precisely what El Sistema had the potential of becoming. We now know that his words were prophetic.

The El Sistema-inspired Youth Orchestra Los Angeles (YOLA) program was established with 80 students in South LA in 2007. Today, YOLA serves more than 1,000 students at four sites, and through the Take a Stand initiative, has become a model for programmatic excellence nationwide. By breaking down the economic barriers to receiving a music education, YOLA has become, like El Sistema before it, an agent of social change.

As we look toward the future, the momentum behind El Sistema’s growth shows no sign of abating. Its philosophy reverberates ever outward, rewriting the destinies of our most vulnerable youth through the beauty, discipline, and joy of making music together.

Abreu’s legacy will live on in Dudamel, in YOLA, and in every child who is given the chance to play. Abreu changed our world for the better, and we are so very grateful.