Hildur Gudnadóttir is an Academy Award-, Golden Globe-, Emmy-, two-time Grammy-, and BAFTA-winning Icelandic artist, who has been manifesting herself at the forefront of experimental pop and contemporary music. In her solo works, she draws out a broad spectrum of sounds from her instrumentation, ranging from intimate simplicity to huge soundscapes.

Her work for film and television includes Sicario: Day of the Soldado, Mary Magdalene, and the critically acclaimed HBO series Chernobyl, for which she won a Primetime Emmy Award, as well as a Grammy Award. Gudnadóttir received a multitude of accolades for her work on the Joker, directed by Todd Phillips and starring Joaquin Phoenix, including an Academy Award, Golden Globe, BAFTA, and Grammy. In addition, her body of work includes scores for films such as Tom of Finland, Journey’s End and 20 episodes of the Icelandic TV series Trapped, streaming on Amazon Prime.

Gudnadóttir began playing cello as a child, entered the Reykjavík Music Academy and then moved on to musical studies/composition and new media at the Iceland Academy of the Arts and Universität der Künste Berlin.

She has released four critically acclaimed solo albums: Mount A (2006), Without Sinking (2009), Leyfðu Ljósinu (2012) and Saman (2014). Her records have been nominated a number of times for the Icelandic Music Awards. Her albums are all released on Touch.

She has composed music for theater, dance performances, and films. The Icelandic Symphony Orchestra, Icelandic National Theatre, Tate Modern, The British Film Institute, The Royal Swedish Opera in Stockholm, and Gothenburg National Theater are amongst the institutions that have commissioned new works from her. Currently she is curating an exhibit for the opening of the new Academy Museum in Los Angeles, set to open on September 28. 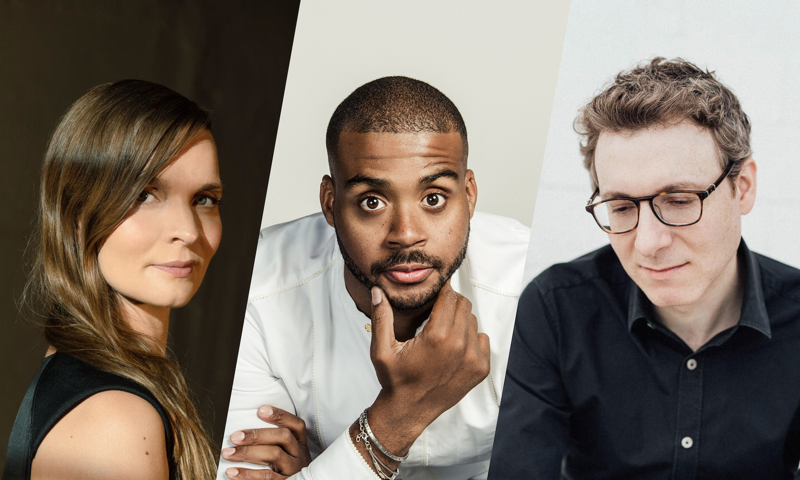 Celebrate the new era of film music with an introduction to composers Hildur Guðnadóttir, Kris Bowers, and Nicholas Britell.