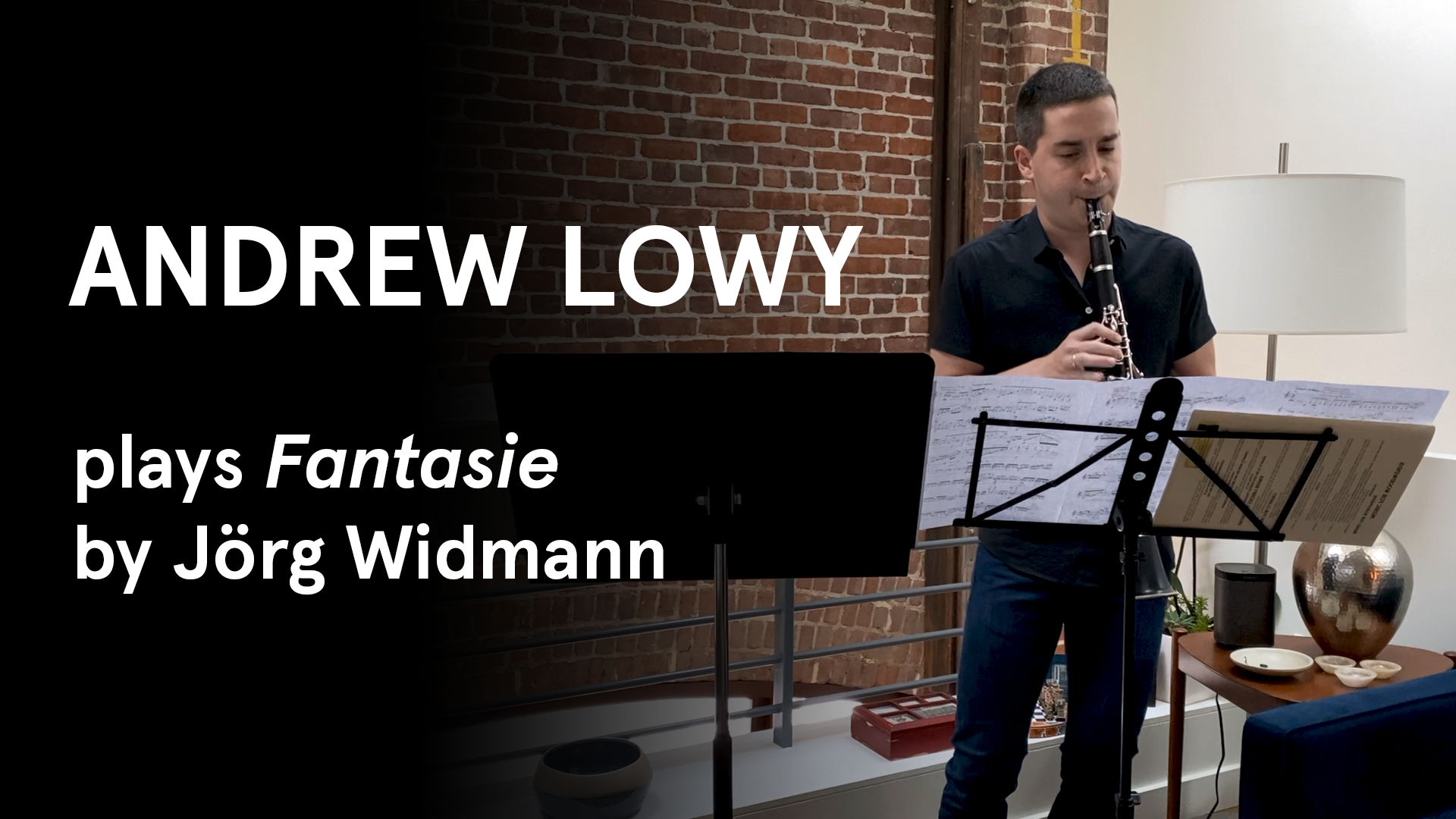 The Los Angeles Philharmonic’s Andrew Lowy performs Jörg Widmann’s wild and Harlequin-inspired Fantasie for Solo Clarinet. Widmann—a clarinetist, composer, and conductor—wrote this exuberant Fantasie when he was only 20, and it has gone on to become one of his most performed works, practically a staple in solo clarinet rep. As a virtuoso himself, Widmann naturally uses all kinds of extended techniques.

The opening note, a multiphonic (where more than one note is played at once) is a parody of contemporary music, since so many pieces begin that way, but he quickly moves on, in and out of tonality. One very striking sound is the sliding between pitches (glissandos) in the upper registers, sometimes evoking klezmer, at other times “exaggeratedly jazzy” and certainly fun music. At one point, Lowy plays so softly that the sound of his keys being pressed is louder than the pitches they create. And silences are so important, that Widmann carefully notates them in three ways: a breath mark, a breath mark with a fermata (a hold), and actual rests.