David Garrett joined the Los Angeles Philharmonic in 2000, after tenures with the orchestras of Houston, San Antonio, Shreveport, New Orleans, and Grand Rapids. He also appears frequently as recitalist, chamber musician, and soloist, including performances on the LA Phil’s Chamber Music and Green Umbrella series. Garrett pursues a wide range of musical interests: he has recorded modern cello works for the Albany and Opus One labels; his doctoral dissertation included publication of previously unknown Baroque cello works; and along with his wife—Occidental College faculty pianist Junko Ueno Garrett—he performs cello and piano recitals as the Belrose Duo, including several tours in the U.S. and Japan. Away from the cello, Garrett enjoys playing the viola da gamba, musical arranging, and publishing.

Garrett is a dedicated advocate for music education. He coaches youth orchestras, visits schools, and is cello teacher for the LA Phil’s YOLA (Youth Orchestra Los Angeles). At the Bob Cole Conservatory of Music at CSU Long Beach, Garrett directs the Collegium Musicum ensemble and maintains one of Southern California’s top cello teaching studios. Garrett’s community service extends beyond the Philharmonic’s projects; he is a board member of the Los Angeles Violoncello Society and an active member of the First United Methodist Church of Pasadena. During pandemics and at other spare moments, Garrett enjoys games and sports. In particular, he is an avid, if frustrated, golfer. 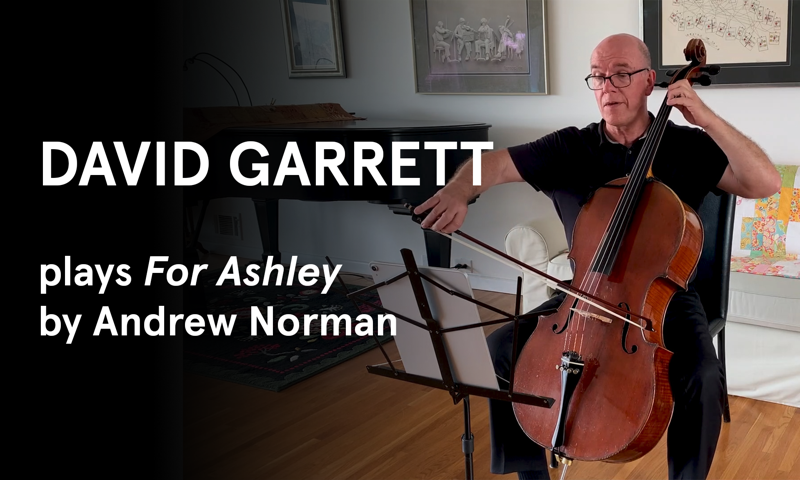 Norman reimagines a portion of Bach’s famed cello suites in a tribute to cellist Ashley Bathgate.