Academy Award, Golden Globe, Emmy and Grammy-winning artist, actor, author, and activist, Common continues to break down barriers with a multitude of critically acclaimed, diverse roles, and continued success in all aspects of his career.

Common’s latest album A BEAUTIFUL REVOLUTION Part 1 was released on October 30th, 2020 through Loma Vista Recordings. His latest track off the album, “A Place In This World,” was used as part of Michelle Obama’s When We All Vote Campaign encouraging Americans to get out and vote in the 2020 election.

This Fall, Common appeared in action drama, AVA for director Tate Taylor. He starred opposite Colin Farrell and Jessica Chastain in the film, which was released on September 25, 2020. He also starred in THE INFORMER with Joel Kinnaman and Rosamund Pike. The film follows a story of an ex-convict working undercover intentionally who gets himself reincarcerated in order to infiltrate the mob at a maximum-security prison. The film was released on November 6, 2020.

He recently wrapped production on the film ALICE, where he will star opposite Keke Palmer and Jonny Lee Miller. Inspired by true events, the plot follows a woman (Palmer) of servitude in 1800s Georgia, who escapes the 55 acre confines of her captor to discover the shocking reality that exists beyond the tree line…it’s 1973.

Common will next be seen on the small screen starring opposite Chadwick Boseman, Halle Berry, Kendrick Lamar and Janet Jackson in “The Black Child.” He will also appear in the independent Hollywood satire, EL TONTO. Charlie Day directs and stars in the film alongside Common, Kate Beckinsale, Adrien Brody and Jason Sudeikis. The film is set to release in 2021.

In Summer 2019, Common starred alongside Melissa McCarthy, Tiffany Haddish and Elisabeth Moss in THE KITCHEN based on the DC/Vertigo female-led comic book series. Set in New York City’s Hell’s Kitchen during the 1970s, the story follows wives of Irish mobsters (McCarthy, Haddish and Moss) who team up to take over running the business after their husbands are sent to prison.

In August 2019, Common released hit album LET LOVE. The album was inspired by his work and experiences while writing his second memoir, LET LOVE HAVE THE LAST WORD, which was released May 2019. The memoir was quickly deemed a New York Times best seller in its first week of release. The memoir shares Common’s own unique and personal stories of the people and experiences that have led him to a greater understanding of love and all it has to offer. This book follows his first memoir, “One Day It’ll All Make sense” which was released in 2011 and was also a New York Times best seller.

In 2018, Common was seen on the silver screen in the Fox 2000 film, THE HATE YOU GIVE with Amanda Stenberg, Issa Rae and KJ Apa. This timely drama, directed by George Tillman Jr., premiered at the Toronto Film Festival. He lent his voice to the Warner Bros animated film SMALLFOOT alongside an all-star cast, Channing Tatum, Zendaya, James Corden and LeBron James. Common also starred in the indie film, ALL ABOUT NINA opposite Mary Elizabeth Winstead and directed by Eva Vives and the action film HUNTER KILLER with Gerard Butler, Gary Oldman and Linda Cardellini.

He starred in the Oscar nominated film, SELMA, a film centered around the civil rights marches that changed America. Alongside John Legend, he won the Academy Award and Golden Globe in 2015 for “Best Original Song in a Motion Picture” for “Glory” which was featured in the film. In 2016, he appeared in the David Ayer’s high-profile comic book movie, Warner Bros’ SUICIDE SQUAD. The film broke box office records both domestically and around the world.

In 2017, Common was featured on Andra Day‘s song for Open Road Films’ MARSHALL soundtrack, “Stand Up for Something,” co-written by Common and eight-time Academy Award-nominee Diane Warren. The original song has received Oscar, Grammy, NAACP, and Critic Choice Award nominations, as well as the “Hollywood Song Award” at the 2017 Hollywood Film Awards.

For the past few years, Common has dedicated countless hours and has been deeply engaged in social justice and advocacy work around mass incarceration, mental health and voting. After the success and impact of his Imagine Justice concert in 2017 and his Hope & Redemption Tour to eight different prisons, Common decided to establish and launch Imagine Justice as a new nonprofit in 2018. Centered at the intersection of art and activism, Imagine Justice is dedicated to leveraging the power of art to advocate for communities around the country, to fight for justice and equality and to stand united against injustice wherever it appears.

Through his Common Ground Foundation, Common is dedicated to empowering high school students from underserved communities to become future leaders. The foundation operates educational programs in Chicago that focus on character development, healthy living, financial literacy, social impact, technology, and leadership.  The programs include mentoring and college readiness, summer camp, and an annual Youth Business and Leadership Conference. The foundation students have a 100% graduation rate from high school. 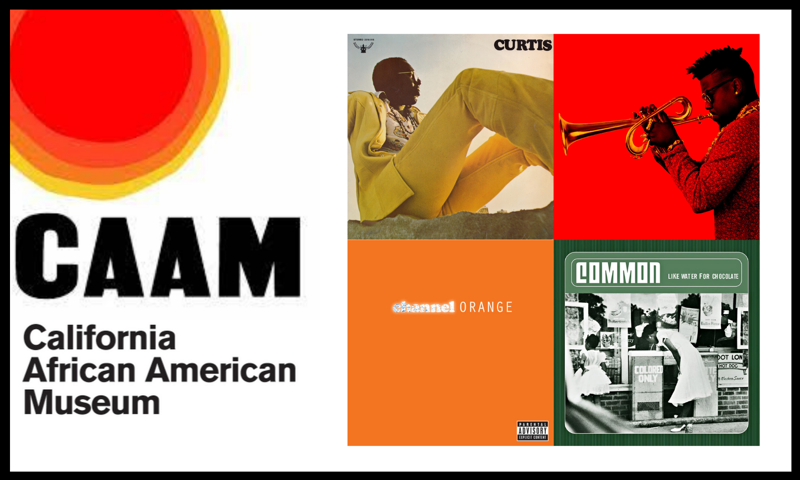