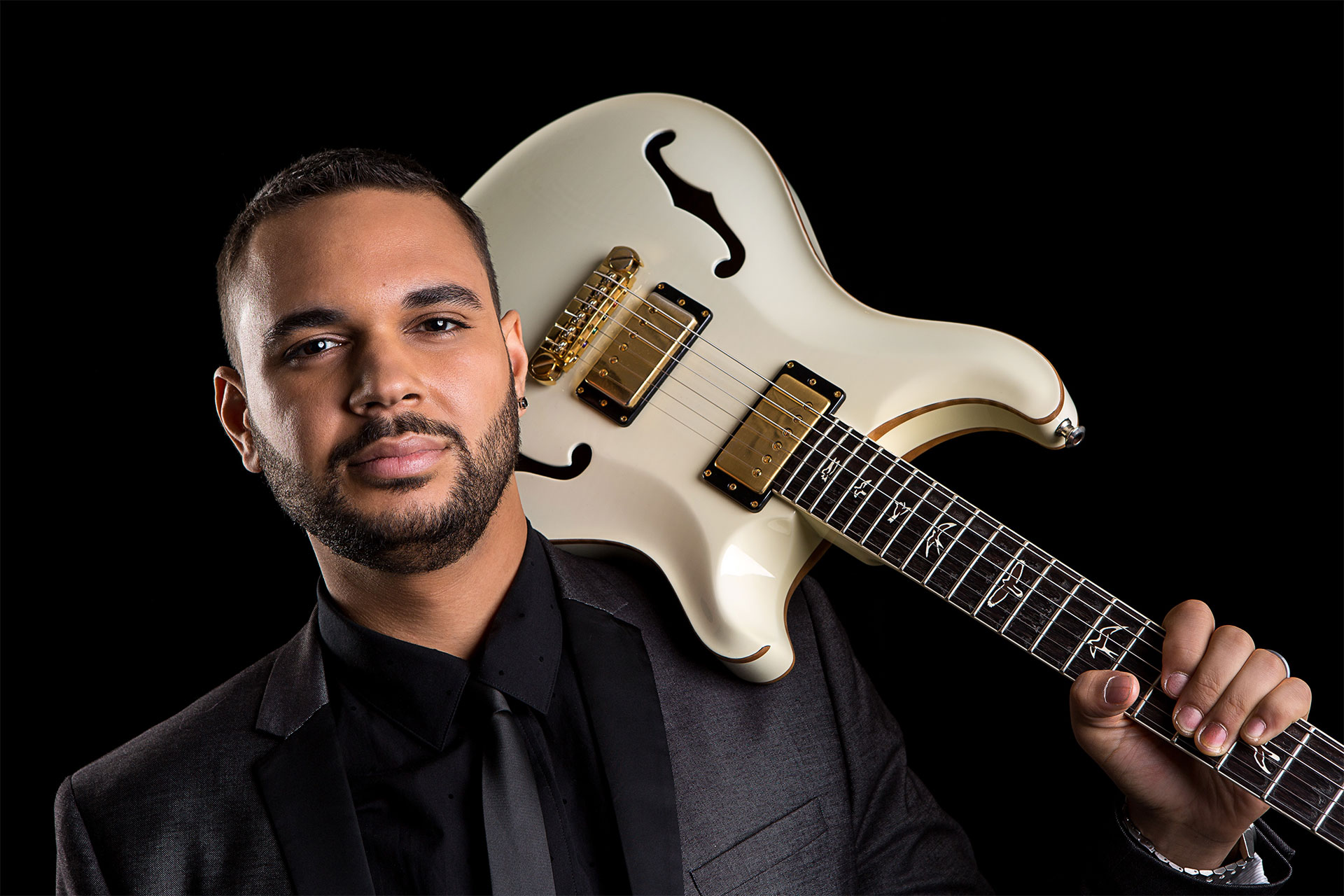 ADAM HAWLEY, currently a resident of Los Angeles, started his music career in the Portland Metro Area of Oregon, before moving to Southern California in 2002. The music bug bit early when he came across his parent’s record collection, which ranged from Earth, Wind, & Fire and The Brothers Johnson to Elvis. He started piano at age eight, before embarking on his career as a guitarist at age nine. Touring came just five years later in a bluegrass band that performed extensively throughout the Pacific Northwest. Then came a blues/rock band which also toured Oregon and Washington.

Following high school, Adam moved to L.A. at age 17 to attend the University of Southern California. He received his bachelor’s, master’s, and doctorate degrees from USC in Studio/Jazz Guitar. In the world of academia, he has gone on to hold countless masterclasses and clinics worldwide, and he currently teaches at Musician’s Institute, Chaffey College, and Saddleback College.

Before embarking on a solo career, Adam was also known as a prolific guitarist to the stars, appearing with a who’s-who list of artists in a wide variety of genres. Credits include Dave Koz, Jennifer Lopez, Brian Culbertson, Natalie Cole, Brian McKnight, Gerald Albright, Dave Koz and Friends Cruise, and American Idol to name just a few.

In 2015, he was tapped to join Maurice White’s new label, Kalimba Music. His debut record, Just the Beginning, garnered numerous accolades and spawned three #1 hit songs, unprecedented for a new artist. The first single, “35th St.,” featuring Eric Darius, had the longest run at #1 on Billboard in 2016. He went on to be named Debut Artist of the Year by both Smooth Jazz News and Jazz Trax. His second record, Double Vision, was released in March 2018 and its first single got off to a hot start. The new project features performances by Dave Koz, Jeff Lorber, Marcus Anderson, Julian Vaughan, and Darren Rahn.