Carnival of the Animals

When I was young, several people of my acquaintance actually knew Camille Saint-Saëns (1835-1921), who actually worked with Hector Berlioz and heard his shattering works while the ink was still wet; who attended the premiere in 1861 of the Paris version of Wagner's Tannhäuser and won that composer's praise for his piano virtuosity. Saint-Saëns played duets with Clara Schumann, formed a mutual admiration society with Franz Liszt (who called Saint-Saëns the greatest organist in the world), exchanged ideas with Rossini, Bizet, Gounod, ad inf.

His own accomplishments were staggering, too, as the composer of hundreds of works, large and small, in all conceivable forms - a dozen operas, incidental music to plays and to a film (as the first "respectable" composer to grace the medium), sacred works, songs, chamber music, symphonies, concertos for violin, cello, and piano, military band music, transcriptions, arrangements, and cadenzas (for Beethoven and Mozart piano concertos). His critical writings are voluminous; he wrote as well on such subjects as philosophy and archeology - and he wrote plays.

Saint-Saëns traveled the world as a virtuoso pianist (he began to play, spontaneously, at the age of two, we're told), visiting Africa, South America (he composed Uruguay's national anthem), Russia - where he became friendly with Tchaikovsky - and the United States, which received him with open arms and open coffers. He was received as a hero every time he visited England.

As late as 1920, Saint-Saëns was still creating elegant, Classically-oriented compositions - although by then chiefly for audiences in the English-speaking world. France had stopped listening.

Only a handful of the composer's works remain in the repertory, prominent among them Carnival of the Animals, an example of his gift for musical characterization and satire. It was created for a private Mardi gras party in 1886 and scored for two solo pianos, flute, clarinet, glockenspiel, xylophone, string quartet, and double-bass (in orchestral performance the strings are simply multiplied). Saint-Saëns wouldn't allow it to be published - with the exception of the "Swan" movement - assuming that it would hurt his standing as a "serious" composer. (In addition, it could have gotten him into trouble over his use of copyrighted material by another composer, i.e., the "Can-can" from Offenbach's Orpheus in the Underworld.) His will, however, revoked the prohibition and Carnival was published posthumously in 1922 as a Grande fantaisie zoologique.

After a brief introduction we hear the lion's imperious roaring, in the piano and low strings, then the clucking, shrieking, and pecking of "Hens and Roosters" (pianos, strings, clarinet). "Wild Asses" are depicted by the racing pianos and strings. The "Tortoises" (low strings, supported by the pianos) are Offenbach's high-stepping can-can dancers in advanced old age, while "The Elephant" is a gigantic beast - the double-bass - pachydermously waltzing to Berlioz's gossamer "Dance of the Sylphs." The "Kangaroos" are evoked by erratically leaping pianos, followed by the magical "Aquarium," with its muted strings, shimmering piano arpeggios, and celesta glissandos. Then, for another jarring change of pace, a second species of ass, "Person-ages with Long Ears," portrayed by braying strings. It's magic time again, with "Cuckoo" in the (offstage) clarinet as the pianos create the atmosphere of the forest. Next, enter the "Aviary," with the flute flying amok, to delicious piano backing. Then, the wildest beasts of all, "Pianists" - at their most menacing when, as here, they are playing scales. Saint-Saëns' "Fossils" include the dancing skeleton from his own Danse macabre (xylophone, i.e., rattling bones), then some hyper-familiar tunes, among them "Ah, vous dirais-je, maman" (aka "Twinkle, Twinkle, Little Star").

Parody is left behind for the gorgeously affecting "The Swan" for cello, but returns with the finale, recalling, in the form of a frenetic East European folk dance, the furiant, all the lunacy that has gone before, with the asses having the last word.

- Herbert Glass is the English-language annotator and editor for the Salzburg Festival. 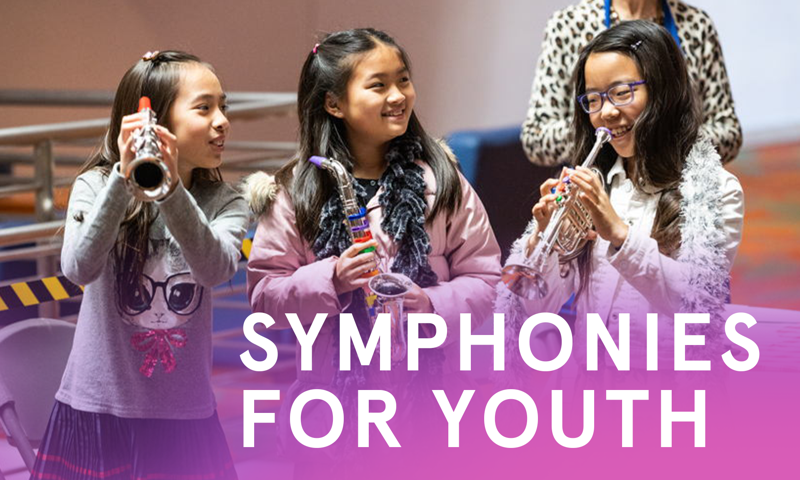 “Aquarium” from Carnival of the Animals with Katia and Marielle Labèque