On October 24, 1919 — after just 11 days of rehearsal — the newly formed Philharmonic Orchestra of Los Angeles took the stage for the first time. Exactly 100 years later, the Los Angeles Philharmonic will bring together three past and present music directors for our Centennial Gala. Zubin Mehta, Esa-Pekka Salonen, and Gustavo Dudamel have, remarkably, been on the podium in front of this orchestra for a combined 43 years out of that century.

In 2018/19, the LA Phil set out to present a season like no other in its history. The Centennial Gala and 100th Birthday Concert represent the consummation of those efforts — a final birthday celebration for the orchestra that has, decade after decade, climbed in the esteem of the world music establishment.

The Centennial Gala is a fundraising event that benefits the Los Angeles Philharmonic and its Learning initiatives.

Conduct the Star-Spangled Banner at the Bowl! In honor of John Hotchkis’s incredible service over his nearly 60-year tenure as a member of the Board of Directors of the LA Phil.

The John F. Hotchkis Banner Conductor at the Hollywood Bowl was established by a gift from Joan Hotchkis. 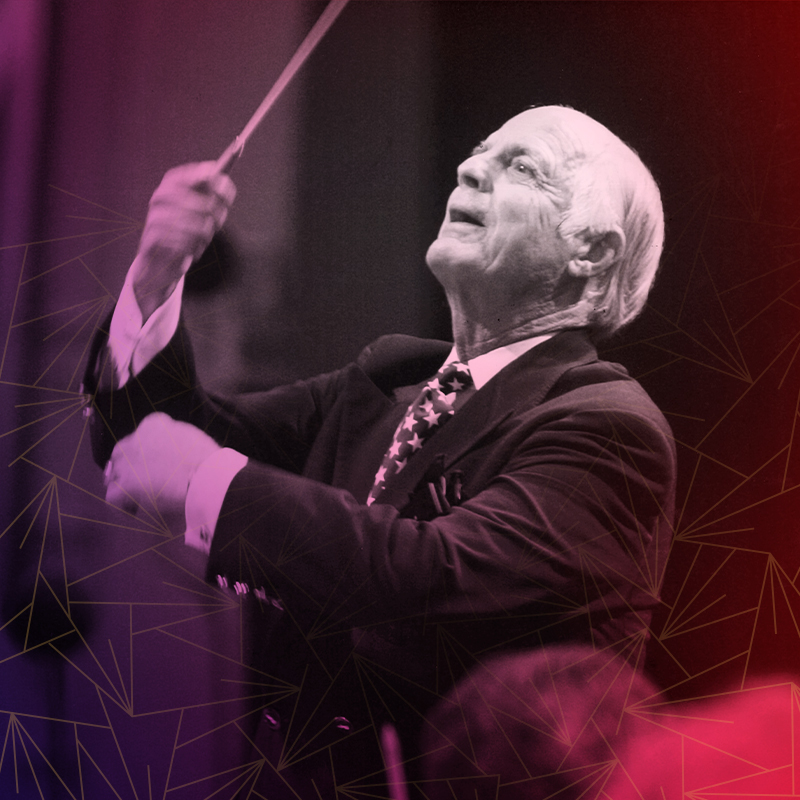 All Bronze level benefits, plus:

All Silver level benefits, plus:

Priority seat for concert and dinner

Prime seat for concert and dinner

Premier seat for concert and dinner

Excellent seat for concert and dinner

Exceptional seat for concert and dinner