Use the navigation bar to browse our highlights

Thank you to our donors!

Every gift makes a difference! Last year, more than 90% of donors gave $1,000 or less. Their collective impact, however, cannot be overstated. It would take TWO Hollywood Bowls and SEVEN Walt Disney Concert Halls to hold all the LA Phil’s donors at once! 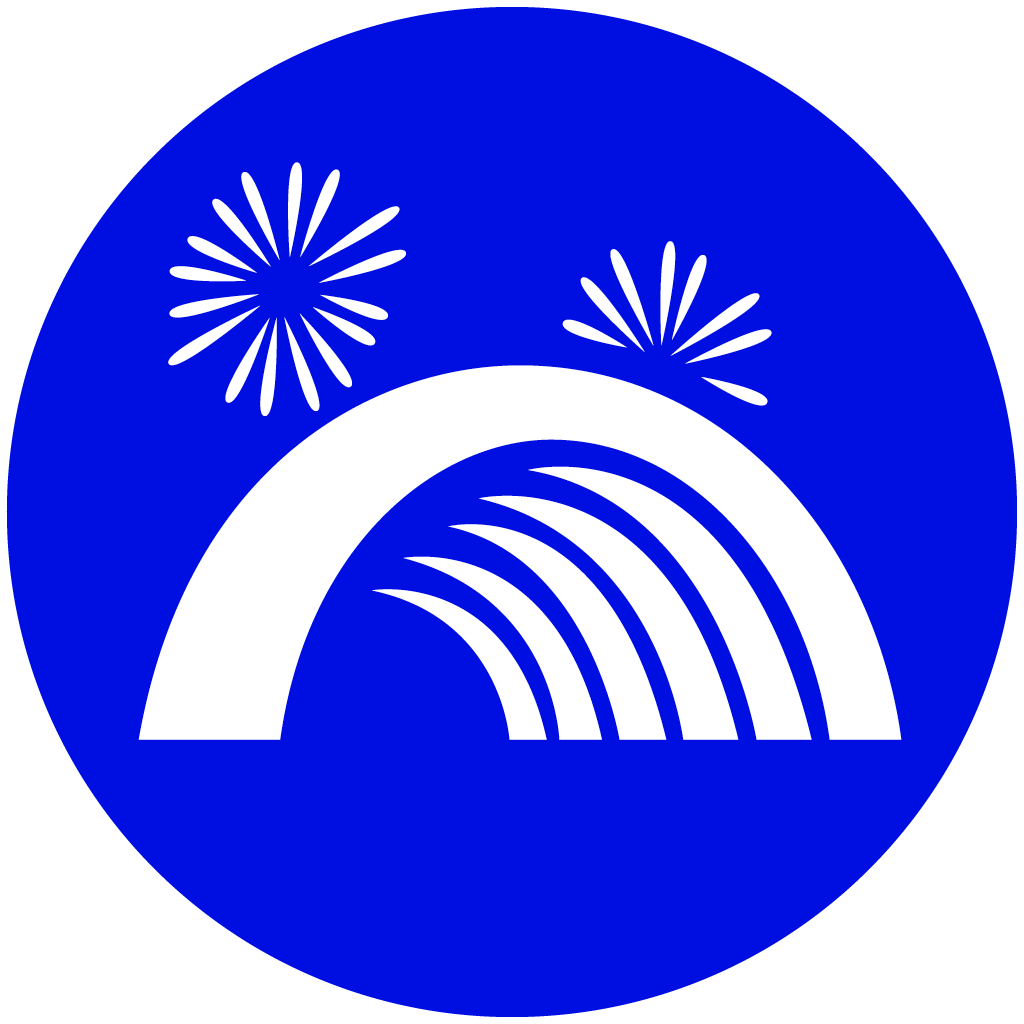 From all of us at the LA Phil,
thank you for making everything we do possible.

The season’s many artistic highlights began with the LA Phil and Gustavo Dudamel opening the year with an all-Mozart gala and two weeks of programming featuring music from the composer’s prolific final year, 1791.

Hear Dudamel explain how Mozart was the Beatles, Beach Boys, and Pink Floyd of his time: 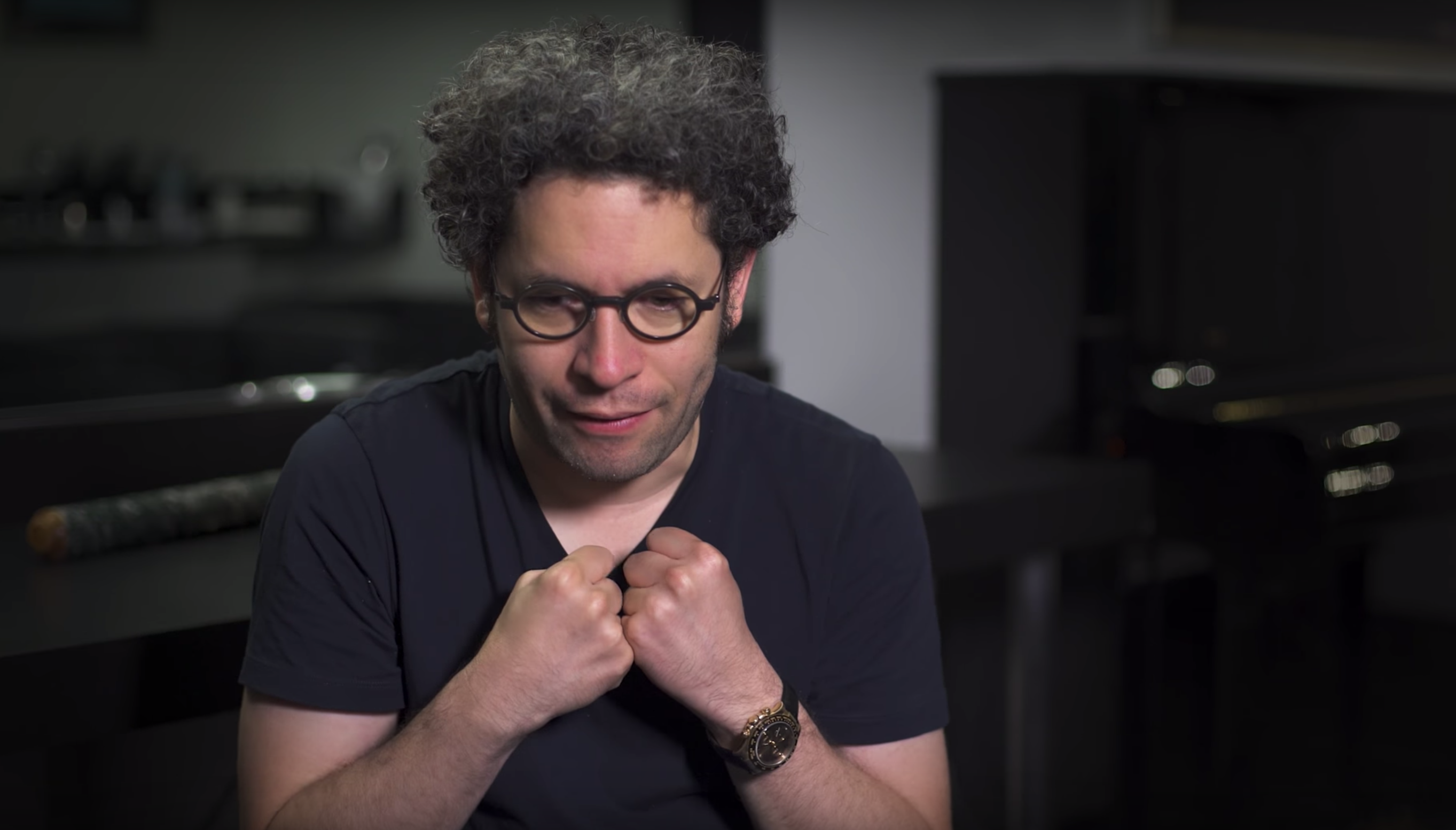 As part of the festival, Grammy Award-winning singer Natalie Lafourcade made her Walt Disney Concert Hall debut. Like Dudamel, Lafourcade is a committed advocate for both Latinx culture and human rights, and she used the opportunity to honor her home city still reeling from disaster.

“I distrust the cliché of music healing all wounds, tearing down walls and all the rest as much as the next critic. But what can I say? Here it was salving hurt feelings, tearing down walls, defiantly celebrating a neighbor’s vast and populous capital that has enriched all aspects of Southern California culture, not least our music.”

The strong bond between LA and CDMX will be on display again next fall, when Dudamel and the LA Phil travel to Mexico City to perform concerts at the Palacia de Bellas Artes and Auditorio Nacional. Lafourcade will reunite with Dudamel at the Hollywood Bowl this summer. 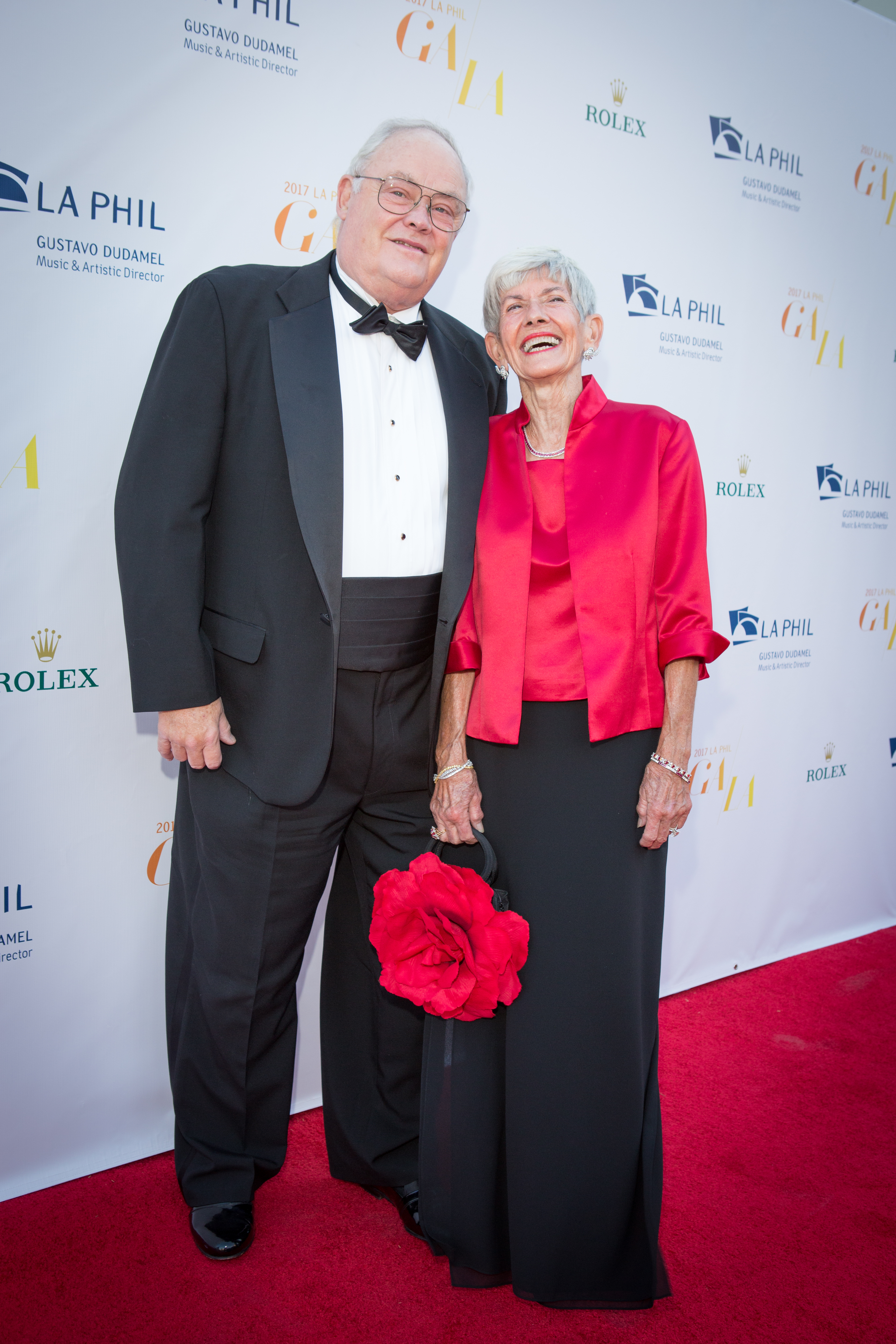 In November 2017, the LA Phil announced a series of wide-ranging Centennial initiatives, which included an historic season featuring 54 newly commissioned works; the launch of the LA Phil Resident Fellows program to support the artistic development of early career musicians from communities underrepresented in American orchestras; the Judith and Thomas L. Beckmen YOLA Center at Inglewood; and a $500,000,000 comprehensive fundraising campaign that will bolster the LA Phil’s endowment, while providing current-use and capital resources to bring about the future of the LA Phil, today.

The late Dudley Rauch, one the LA Phil’s longest-serving Board members and leaders, was the Centennial Campaign’s first and most generous donor, committing more than $25M in total to the orchestra. Of the Campaign, Rauch said:

“When you make a financial commitment to any organization, you are essentially voting your values, and at the Philharmonic, the values here are right, in my opinion. We are not just preserving orchestral music, but we are making the Hollywood Bowl a better, more welcoming place, we are voting for the values that Gustavo has brought to us about youth education.”

The Campaign has currently raised more than 75% of its goal – find out how you can get us to the finish line.

Artistic Voices at the Core

Susanna Mälkki is just the third person in the LA Phil’s history to be named Principal Guest Conductor and the first woman to hold the post. Of her multi-year appointment, Mälkki said, “The Los Angeles Philharmonic is really exceptional, which is often said, of course, but the fact that it’s such an open-minded institution is extraordinary. The fact that an orchestra like this is doing what it’s doing in a city like this deserves all the superlatives you can imagine.”

The year also saw the appointment of former Dudamel Conducting Fellow Paolo Bortolameolli to the position of Assistant Conductor – a role that served as a launching pad for several high-profile conductors including Mirga Gražinytė-Tyla, Lionel Bringuier, Miguel Harth-Bedoya, Grant Gershon, and Myung-whun Chung. Like Dudamel, Bortolameolli is an eloquent advocate for music with a compelling personal story. If you haven’t seen his TED Talk, it’s worth a watch.

From YOLA to From the Top – John Anthony Gonzalez

At the LA Phil’s 2018 Symphonies for Schools concerts, the bassoon soloist wasn’t much older than the students in the audience. Seventeen-year-old John Anthony Gonzalez, from the LA Phil’s Youth Orchestra Los Angeles (YOLA) program, performed the first movement of Mozart’s Bassoon Concerto as part of a radio show recorded for NPR’s From the Top. Of the experience, Gonzalez said: “Playing with the LA Phil as a soloist at age 17 was a great feeling. I invited everyone—my parents and teachers and friends. It was also amazing to play for kids my age, to inspire them so that they can do whatever they set their mind to.” 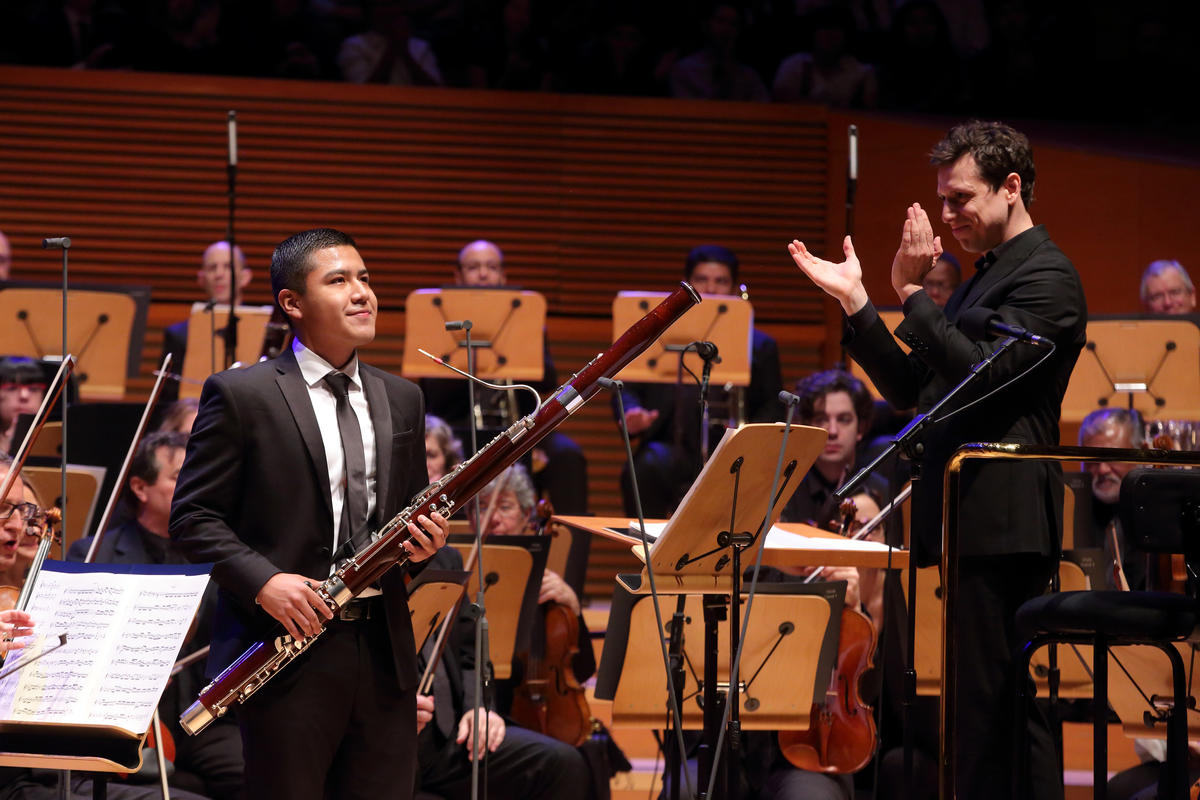 For four decades, John Williams has been conducting his music for Southern California audiences. At the 40th anniversary “John Williams Maestro of the Movies” concert at the Hollywood Bowl this past summer, Williams told the three sold-out crowds of 18,000 fans that it was the LA Phil and its then-General Manager Ernest Fleischmann who convinced him to take up the baton and conduct his own for the first time. Audiences have been benefiting from Williams’ brilliance as a composer and conductor ever since. 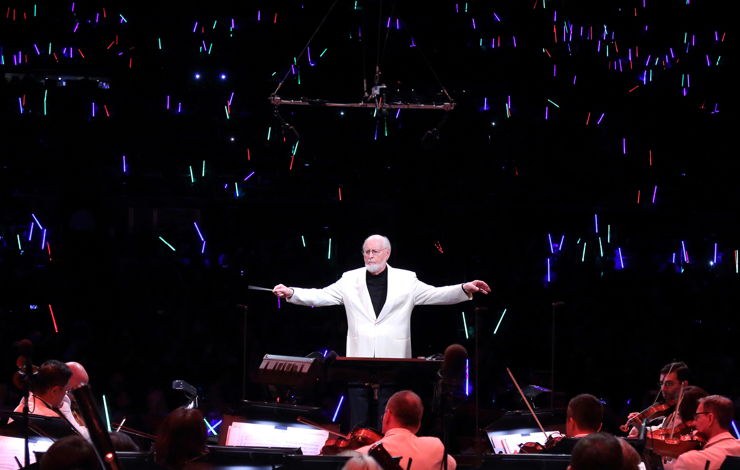 “I really didn't think I could do it [conduct at the Hollywood Bowl]. But Ernest was a very imposing figure and very important impresario in the classical music world. If he said you should do something, you'd be foolish not to do it.”

Conductor David Newman and Williams-collaborator Steven Spielberg were on hand to celebrate last summer, lightsabers in hand. Of the incredible legacy of his music, Williams was characteristically humble:

An End and a Beginning: Celebrate LA!

Though it was technically the kick-off to the Centennial season, Celebrate LA! – the most massive, city-wide event in LA Phil history – fell on September 30th – the last day of our 2018 fiscal year. Celebrate LA! was an epic festival showcasing L.A.’s creative spirit, with 1,800 musicians, artists, and dancers coming together to perform along an eight-mile route. The day culminated with the free LA Phil 100 at the Bowl concert featuring Gustavo Dudamel, Herbie Hancock, and Katy Perry.

The day began with the largest YOLA orchestra ever assembled – 400 students strong – performing on Grand Avenue in front of Walt Disney Concert Hall under Dudamel’s baton. 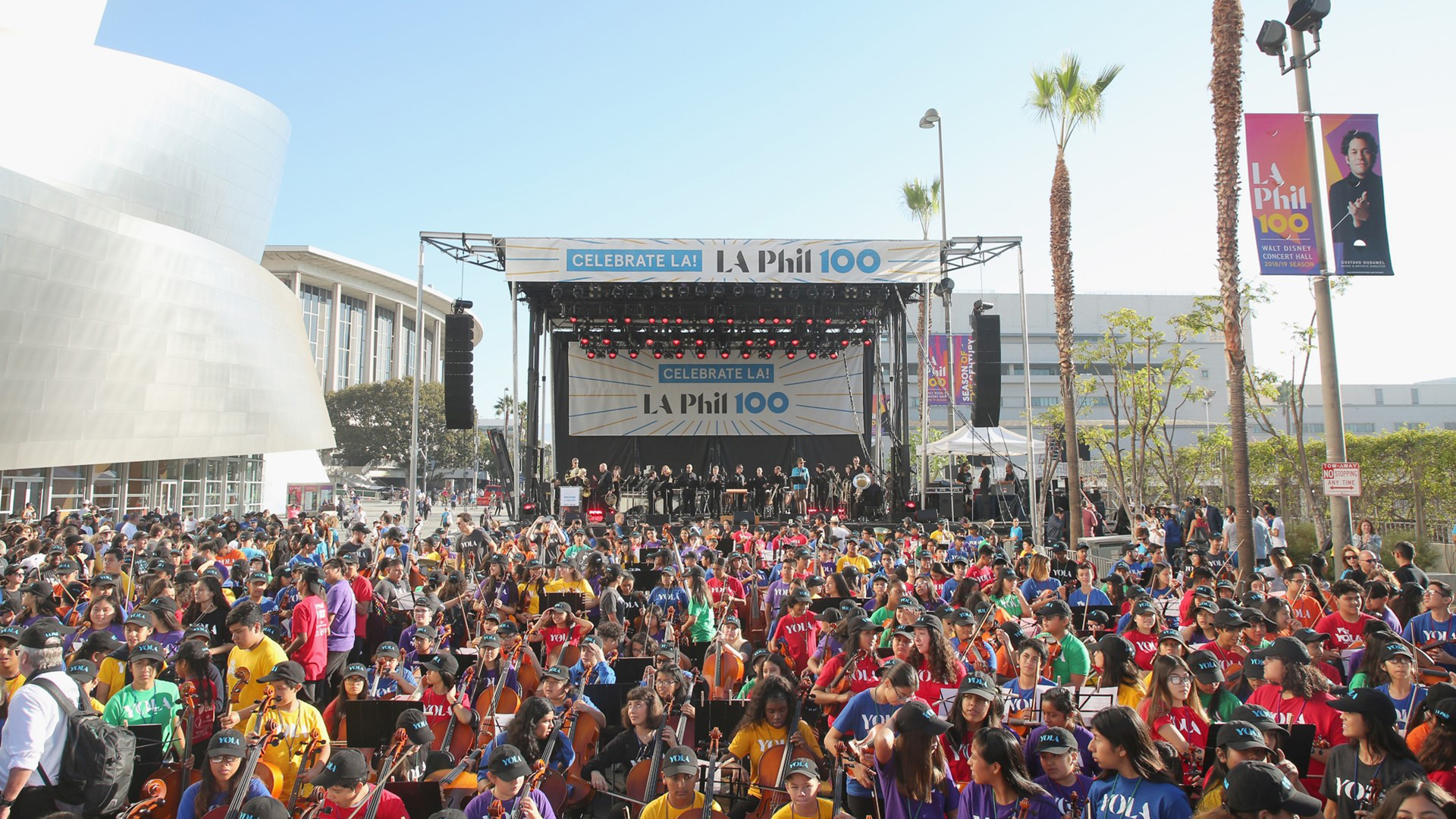 We thank our more than 40,000 donors who made each of these programs, on stage and in the community, possible. Because of you, the LA Phil’s brightest days are the ones ahead.