Catherine Ransom Karoly joined the Los Angeles Philharmonic as second flutist in May 1996. In October 2000, she made her solo debut with then Music Director Esa-Pekka Salonen conducting the LA Phil in Ibert’s Flute Concerto. She was appointed Associate Principal Flute by Salonen in March 2009.

Before coming to Los Angeles, Karoly spent three seasons in Miami, Florida, as flutist in the New World Symphony under music director Michael Tilson Thomas. She appeared as soloist with the NWS on several occasions.

As a member of the award-winning Dorian Wind Quintet from 1994 to 1996, she appeared regularly on chamber music series throughout the U.S. She has participated in numerous music festivals, including Marlboro, Tanglewood, and Spoleto (Italy). She has been a featured performer at La Jolla Music Society’s SummerFest since 1991. In 2014, she released an album of flute and piano music titled French Inspirations.

Born in Minneapolis, Minnesota, Karoly received a Master of Music degree from the Juilliard School, where she studied with Carol Wincenc. Karoly graduated from the University of Wisconsin—Madison with Phi Beta Kappa honors and was the recipient of a Fulbright Grant to study in England. Her teachers also include Trevor Wye, Mary Kay Fink, Robert Cole, and Susan Morris DeJong. Karoly has been a faculty member at the USC Thornton School of Music since 2021. 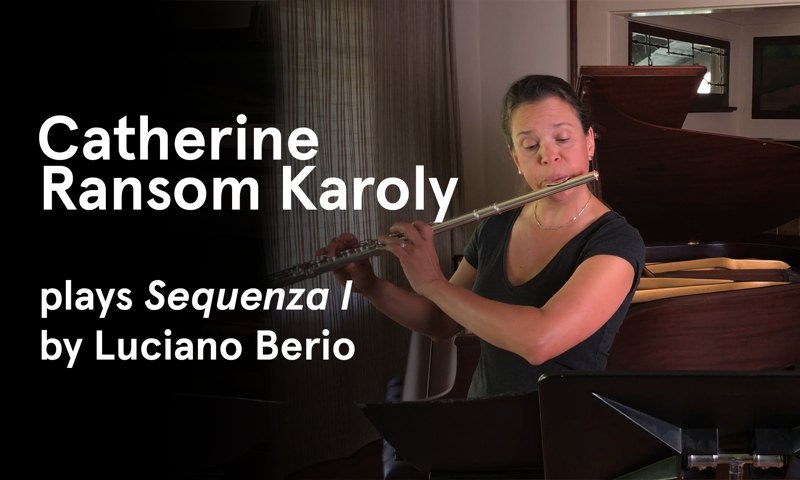 Our Associate Principal Flute and her cellist husband perform music by Villa-Lobos in their living room.